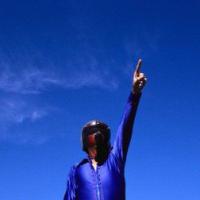 'And then there’s this guy named Bob Log, you ever heard of him? He’s this little kid — nobody ever knows how old he is — wears a motorcycle helmet and he has a microphone inside of it and he puts the glass over the front so you can’t see his face, and plays slide guitar. It’s just the loudest strangest stuff you’ve ever heard. You don’t understand one word he’s saying. I like people who glue macaroni on to a piece of cardboard and paint it gold. That’s what I aspire to basically”

Bob Log III, Fat Possum recording artist and one man band crown prince of punk blues from Tuscon, Arizona. Witnessing Bob Log live is an unmissable and unforgettable experience. By rights he should be a punk blues stadium super star. He takes to the stage with his face masked in a crash helmet with a black visor and a telephone wired in it for a mic and wearing a blue jump suit. Bob then unleashes a torrent of hardcore Mississippi Delta blues, hip hop beats and punk rock. The crash helmet telephone distorts the vocals and his hands, arms, legs and feet become a blur of jump suit clad limbs as he plays slide, triggers drum machines and drums with his feet simultaneously. Bob then adds extra ingredients to this punk blues bouillabaisse with his unique version of audience participation. More often them not he’ll bounce a couple of audience members on his knees while playing, and then bring on the infamous Boob Scotch. The audience are invited to literally stick their boob in his scotch which he then drinks. If Bob feels satisfied he will then launch into his anthem Boob Scotch! 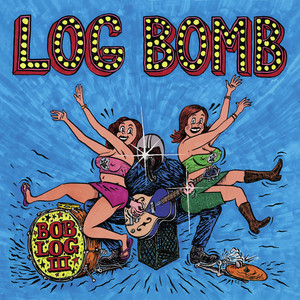